short piano piece I wrote for a visual by Jim McNelis 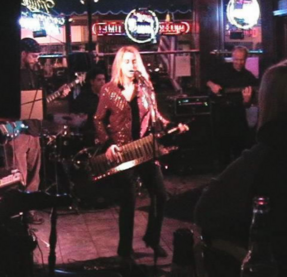 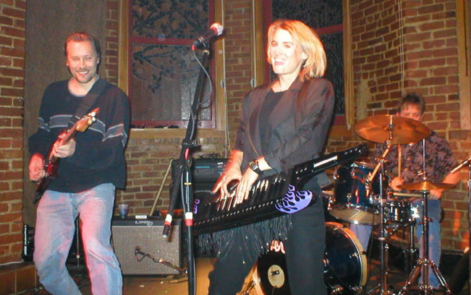 Hello, Thanks for checking out this website! I have a large background in performing, recording and teaching music. Right now,

I'm teaching music in the public school in the Twin Cities. I still find time to keep writing songs. I have some new songs I'll be recording at a local TV station here. I'll post them as soon as I have them.

Rebekka Fisher started writing music at age 9 and was always considered quiet until she performed on stage. Born in Minnesota, Rebekka's lyrics include both a reflective and sarcastic side to the groove-jazz music. Her influences include Carol King, Bonnie Raitte, Parliament Funkadelics, Gladys Knight, Beck and Sheryl Crow. Yes, that's diverse, but so is the music. Her musical knowledge of composition, counterpoint, motifs and poetic devices is combined to create a new style of music.

Rebekka's diverse musical career of songwriting, producing, performing, singing jingles, and a songwriting instructor,  shows in her unique combined styles of writ ing which includes Blues, R&B, Jazz and Pop. Her performances have taken her on the road all over the US and overseas, and also includes radio play in the Twin Cities (Cities 97, KQRS, Drive 105, KFAI, Lori and Julia show on FM 107) and also Oregon , Washington DC , California , and Alaska .

Rebekka Fisher, has released 5 CD's on her own label. After receiving a Bachelors in Music Composition, Rebekka started her own label and publishing company to release her music. Each CD has the Twin Cities' finest musicians and producers to assist with the recording. So far, roughly 6,000 CD's have sold world wide and generates on average 1,000 hits per day on her website. She has shared the stage with Johnny Lang, Missing Persons, Matt Fink and Kathy and Dave Jenson from “New Power Generation” (NPG), Renee Austin, the Rembrandts (who wrote the theme from “Friends”), Cynthia Johnson and Bobby Schnitzer (Funkytown), Debbie Duncan, Becky Schlegal, Kevin Bowe, Ken Chastein (Greazy Meal), Desdimona, Big Walter Smith, John Dickerson, AJ Croce (Jim Croce's son) and LaTisha Rae (European charted band Slave Raider).

Rebekka also started a non profit 501 C 3 for women in music called WIMMN to help the next generation of girls and women involved in music to keep their dreams in music alive. You can see the website at www.wimmn.com or click on the Home Page.

Hey! have you visited my YouTube channel? copy and paste this to get to my channel: https://www.youtube.com/user/rebekka8